Watkins has over 50 years experience embalming people. Hirschman showed Watkins the clots more than four months ago. Watkins had never seen anything like it.

This tweet pretty much summarizes everything you need to know about this article:

Cary Watkins has been embalming people for over 50 years.

In my exclusive phone interview with Cary Watkins on Feb 14, 2022, he verifies that:

In short, he validated Hirschman and his observations because he saw these cases personally.

The CDC owes the American people an explanation because in Hirschman’s case, he’s seeing these clots in 65% of cases. This very likely makes the cause of these deaths to be the largest killer of people in American history. At a minimum, it is a huge unknown cause of death (that from everything we see could only be from the COVID vaccines).

Note that I say likely, because I only have three recent incidence rates (65% from Hirschman and 93% from embalmer Anna Foster and 50% from another embalmer who I will interview in depth in the near future). I’m working on getting numbers from more people. The average recent incidence rate is over 50%, which suggests that the clots are now the #1 cause of death in America (since it would be mathematically impossible for any other cause to be >50%).

The vaccine seems to be the only plausible cause.

There are clear mechanisms of action for the COVID vaccines causing clots as well. A high percentage of people post-vaccine have elevated d-Dimers and/or blood clots.

For example, check out:

For background, this video describes the embalming process:

In what may be unrelated news (or may not be because we need an investigation), recently, two high school basketball players died on the same day, a Black Swan event. Both exhibited symptoms consistent with a vaccine-caused death. 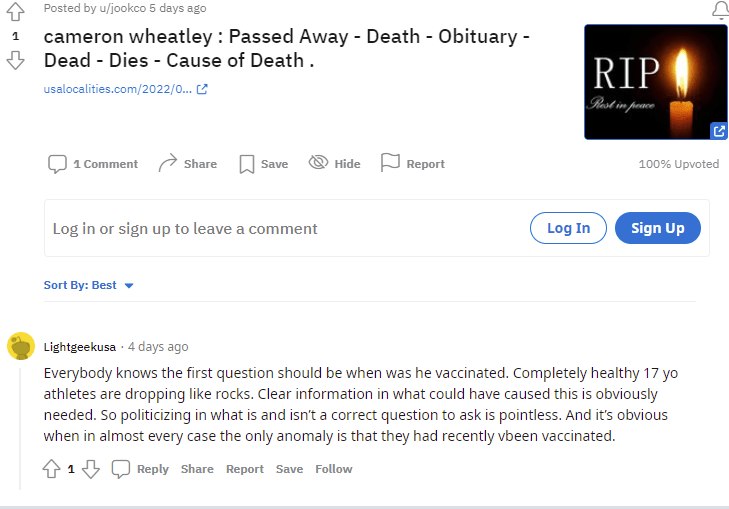 The article points out that the chances of this happening by pure chance is unlikely.

Because these cases are more likely than not to be caused by something, that is why these cases should be thoroughly investigated.

But they are not being investigated. We are simply letting our kids die and not asking any questions.

Many other Black Swans after vaccination

I recently received this message from a reader:
I have a good friend whose son passed away in January from the Pfizer vaccine.  He received his second shot in June, and after that had 96 medical incidents which ultimately led to what was called “ auto-immune encephalitis”.  Matt was put into a medically induced coma and tragically passed away.
Perfectly healthy before —> 96 medical incidents after.

Bad luck? I don’t think so. 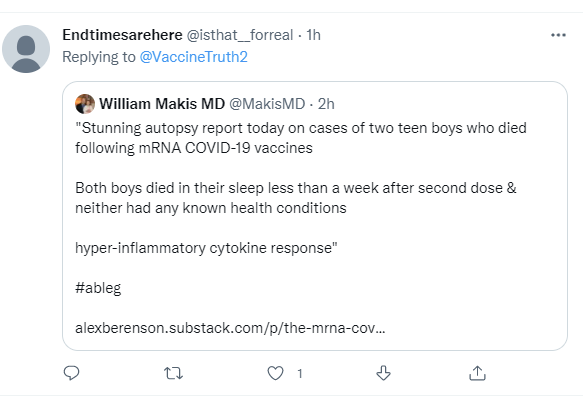 First of all, teenage boys never die in their sleep. Secondly, if you’re going to die in your sleep, it’s damn incriminating that it was less than a week after the vaccine. And thirdly, hyper-inflammatory cytokine response is not a natural causes death; it’s consistent with a vaccine-caused death.

“I don’t want to talk about it”

None of the people pushing the vaccine wants to talk about any of this.

Nobody is interested in these deadly clots. It appears these clots are fairly common. But even if close to 100% of people were dying from these clots, I’m almost certain there would still be no interest.

In the case of the high school basketball players, the press reports a tragic death, they never mention the vaccination status of the deceased in the article, there is no investigation, and we read about it and later forget it happened. Rinse and repeat.

This is the new normal, but it is wrong. It is a symptom of a corrupt society.

Richard Hirschman’s video explaining the telltale clots on the Stew Peters Show has been viewed nearly 1M times. I did my own interview with Hirschman, and then verified his story with this new interview with Cary Watkins who saw the same thing.

It’s an astonishing finding that deserves to be investigated.

However, Hirschman has not been contacted by the CDC, FDA, NIH or anyone from the mainstream media. FDA officials responsible for vaccine safety like Steven A. Anderson or Peter Marks at the FDA aren’t going to look into this. No way.

Only reporters from alt-media like Daniel Horowitz have reached out.

The CDC owes the American people an explanation for what is causing these clots. Immediately.

So does the mainstream media. Are we going to let these people die without demanding an explanation? Is there a single honest journalist left in America in mainstream media?

Apparently not. If there was, they would be on this story. Even more so now that the official mainstream media fact check failed to explain the observations.

Two high school basketball players died in different states on the same die, from causes consistent with vaccine injury. We don’t investigate that either.

It is unconscionable to me that we seeing these Black Swan events and not a single member of Congress (other than Senator Ron Johnson), public health authority, government agency, any doctor in mainstream medicine, or any reporter in mainstream media is demanding an investigation of these unusual deaths.

Instead, the DHS is reportedly investigating me as a domestic terrorist. Wow.

Our society is truly corrupt. There is just no other way to say it.