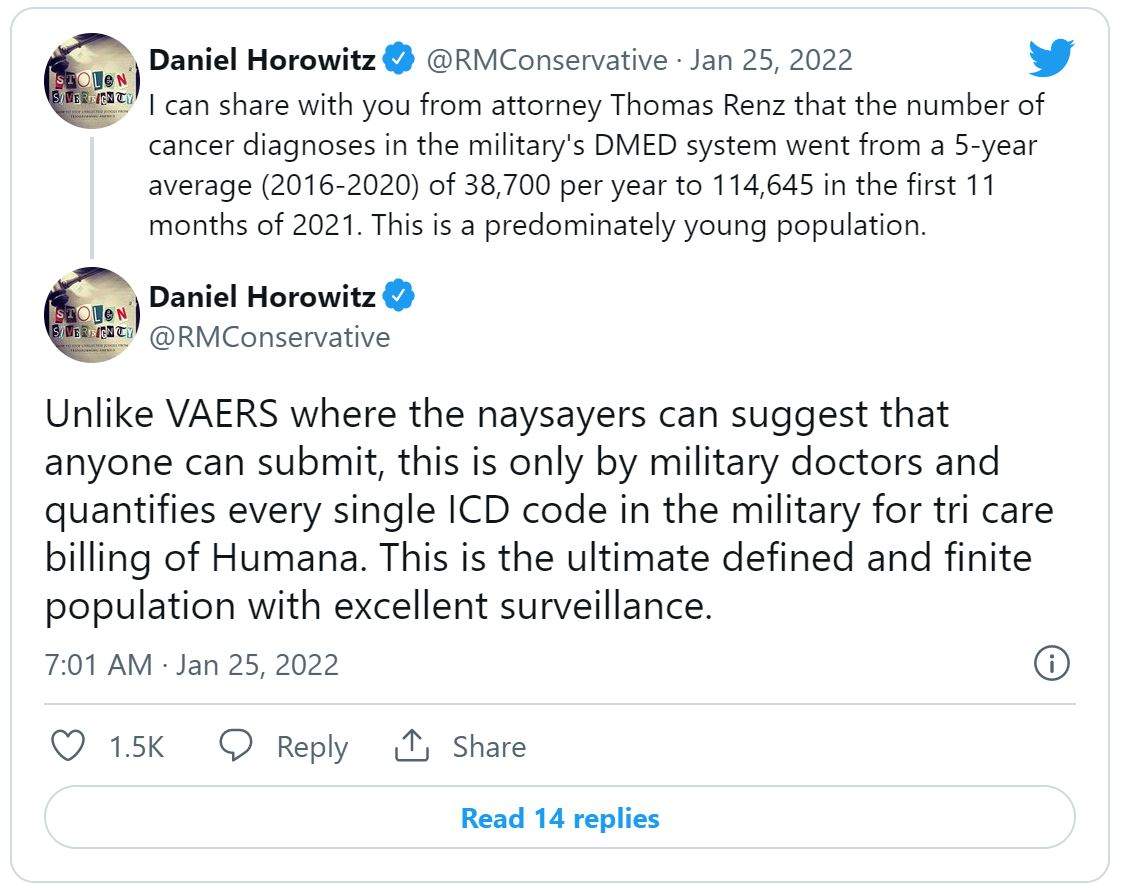 Yesterday’s “COVID-19: A Second Opinion” panel hosted in Washington D.C. by Senator Ron Johnson exposed bombshell after bombshell as fresh data keeps pouring in that shows the Covid-19 “vaccines” are neither safe nor effective. Doctors from across the spectrum spoke up about what they’re seeing on the ground while other expert panelists exposed damning data demonstrating not only a huge medical problem, but also a coordinated cover-up of the evil deeds being perpetrated by members of our own government.

Conservative commentator Daniel Horowitz from The Blaze posted a follow-up bombshell of information he received from one of the panelists, attorney Thomas Renz:

Unlike VAERS where the naysayers can suggest that anyone can submit, this is only by military doctors and quantifies every single ICD code in the military for tri care billing of Humana. This is the ultimate defined and finite population with excellent surveillance.

He also posted a video of Renz at the panel explaining some of the other mind-blowing data he had accumulated:

The video of Renz is here. I know 2 of the 3 cited whistleblowers. Their credentials are impeccable. Lt. Col. Chambers is one of the only Green Beret doctors in the military. Actually i got that wrong. One of the whitsleblowers just told me it was through October, not November. So this is 10 months of data off the chart vs. prior 12 month years!

One of the biggest takeaways here is that the data is beyond reproach and widely accessibly by the DoD, CDC, FDA, and across the Biden-Harris regime. In other words, they are all very well aware that the jabs are almost certainly causing an untenable increase in cancer in otherwise young and healthy military-age Americans and they’re keeping that information away from the people. 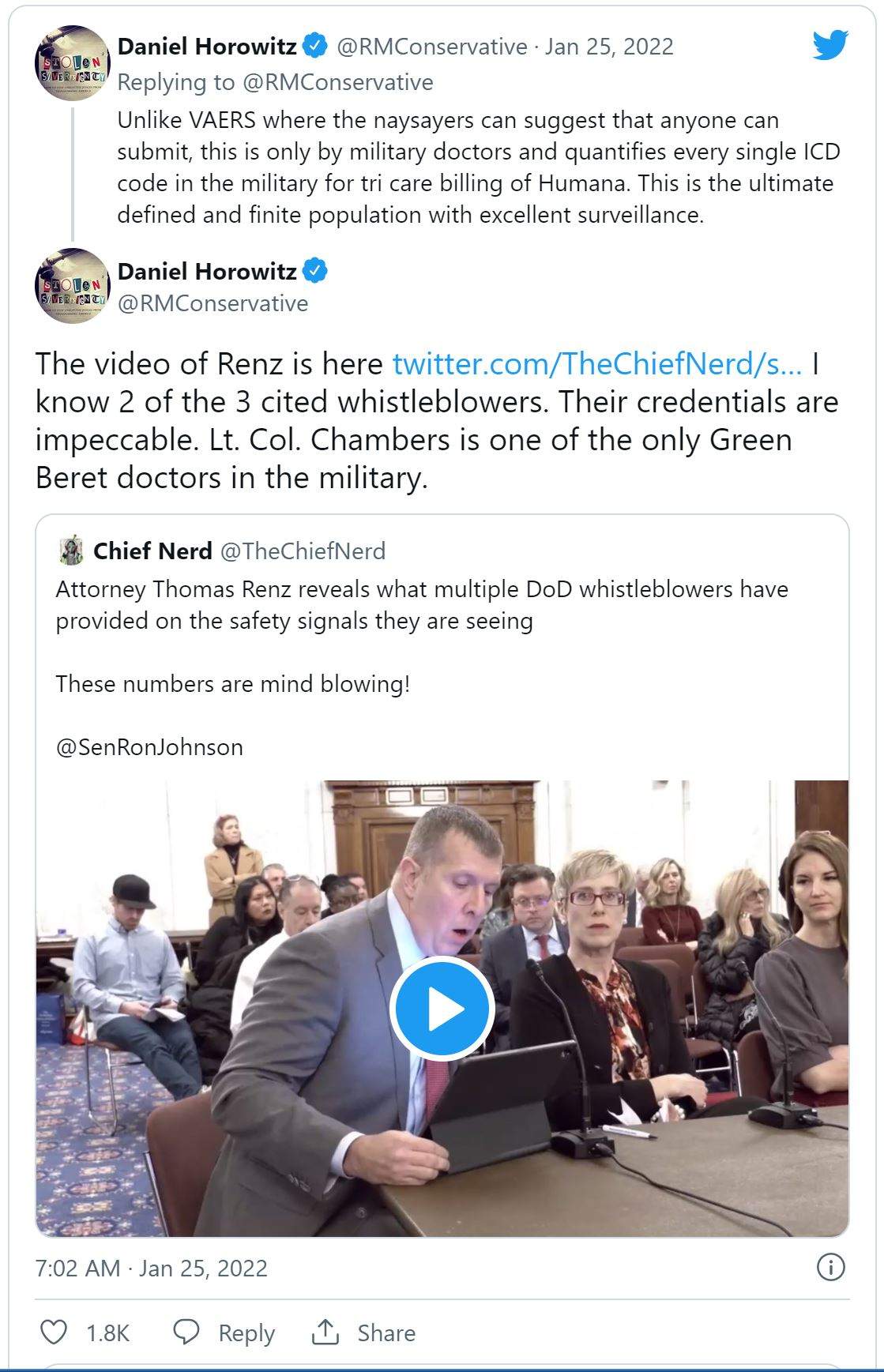 The testimony that Renz delivered should be enough to compel our government to immediately halt the vaccine push, reevaluate the data that they have, and release it all to the public for independent scrutiny. They won’t do this, of course, because they have a universal vaccination agenda that they will not willingly stop. It will take a concerted effort by patriots to share this data and expose the powers-that-be for what they’re trying to do to the people.

This is crucial information for the entire population to have, but what he revealed next should concern us about the state of our military readiness.

Senator Johnson had to interrupt to reiterate what these numbers mean from a different angle. “Ten times,” he said. “That’s ten times the rate.”

Renz continued, “82,000 per year to 863,000 in one year. Our soldiers are being experimented on, injured, and sometimes possibly killed.”

Having Senator Johnson and the brave Americans on his panel speaking out is an important step, but the information will be swept under the rug if we fail to amplify the message as loudly as we can.