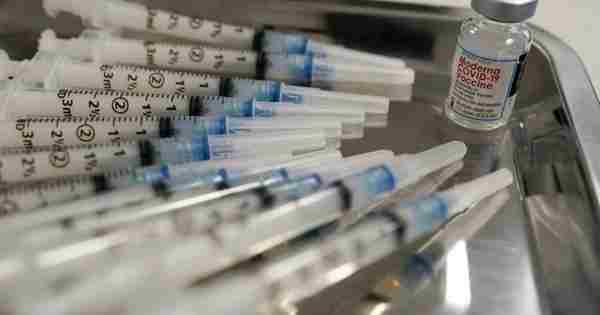 If you’ve had two jabs of the Moderna or Pfizer “vaccines,” you’re considered “fully vaccinated but not boosted” in the eyes of government. But that’s quickly, quietly changing as the FDA and CDC are shifting to the narrative that being “fully vaccinated” means having received the “three dose primary series.”

“The FDA and CDC seem to be pivoting to a “three dose primary series” of mRNA shots, which means they’re clandestinely changing the definition of “fully vaccinated” to 3 shots. So the “booster” now becomes the 4th shot. And the “2nd booster” becomes shot 5. Full clown world.”

The FDA and CDC seem to be pivoting to a “three dose primary series” of mRNA shots, which means they’re clandestinely changing the definition of “fully vaccinated” to 3 shots.

So the “booster” now becomes the 4th shot.

And the “2nd booster” becomes shot 5.

— Jordan Schachtel @ dossier.substack.com (@JordanSchachtel) March 29, 2022
This is a major change and will affect anyone whose company or government requires people to be “fully vaccinated” for participation. This is particularly troubling for employees of companies who have based their own policies around FDA and CDC guidelines. With the guidelines changing, the policies will be changing as well.

It’s a bait-and-switch for anyone who was told that they just needed to get the first jabs in order to keep their jobs.

Schachtel continued by reminding everyone that there have been no changes to the formulation of the drugs currently being offered. What they developed for the original variant of Covid, long before Delta or Omicron manifested in the wild, is the same drug they’re now pushing as the fourth and fifth shots, soon to be known as “first and second boosters” once the first booster is officially added to the initial dosage:

They have never brought a different formula to market, so unless you are mixing and matching (prayers up), you’re taking the same thing over and over again. https://t.co/2UC3diFNqL

The change in wording has already been applied for the immunocompromised. According to the CDC website, which was updated late last week [emphasis added]:
People ages 12 years and older who are moderately or severely immunocompromised should receive a total of 4 doses of mRNA COVID-19 vaccine to stay up to date. The 4 doses include a primary series of 3 doses of an Pfizer-BioNTech or Moderna COVID-19 vaccine, plus 1 booster of an Pfizer-BioNTech or Moderna COVID-19 vaccine (4th dose), given on the schedule shown below.
As for those who took the one-shot J&J version, being “fully-vaccinated” will mean getting the first jab plus a booster, which will now be considered part of the primary series.

This will not end. The jabs do not prevent infection and evidence points to their efficacy in mitigating Covid damage wanes after a few months. As many scientists and doctors have warned, those who get on the injection regimen will eventually not be able to leave it as dependency on artificial antibodies destroys our natural immune system.