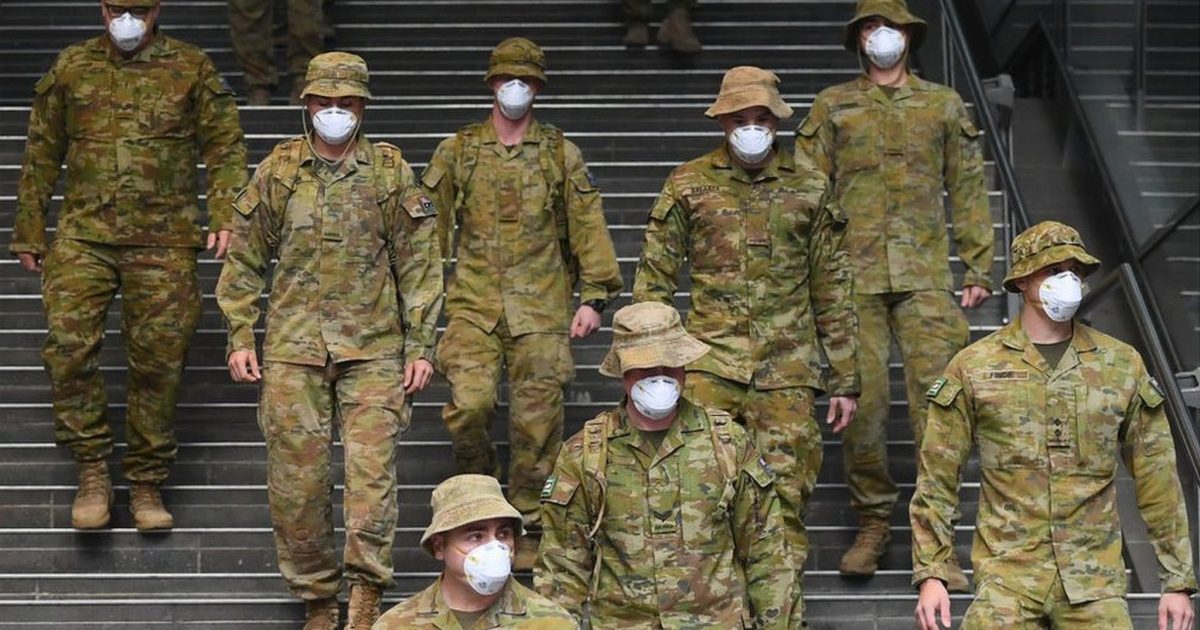 Two Northern Territory communities in Australia, Binjari and Rockhole, have imposed strict lockdowns after nine new positive coronavirus cases were registered. The military has been called in to bring positive cases and close contacts to a quarantine center.

On Sunday, Chief Minister of the Northern Territory Michael Gunner said that a 78-year-old woman was treated at the Royal Darwin Hospital. The area’s remaining eight cases and 38 close contacts have been transferred to the Howard Springs quarantine center.

Australian Prime Minister Scott Morrison has deployed 28 Australian Defense Force soldiers and several army trucks to the region. People are only allowed to leave their homes “for medical treatment, in case of emergency or as required by law.” Meanwhile, temperatures in the region soar to 104 degrees, causing power outages in many residents’ homes.

An expanded rapid assessment team has hit the ground to begin contact tracing, and around 30 police officers have been deployed from Darwin and Alice Springs to assist in the efforts.

Gunner said the lockdown would likely remain in place for several weeks. He added that the vaccination rate in Binjari is low and called on people to get vaccinated against corona. Unvaccinated travelers have been banned from entering the Northern Territory since Monday.

Hunt Down The Unvaccinated

Health workers have begun knocking on people’s doors to boost “vaccination” rates in the communities, where Gunner moans the rates were much lower than 70 percent.

In the past 24 hours, the government successfully pressured 29 people to get jabbed in Rockhole, with 27 receiving their first injection.

Gunner blasted those who have been campaigning against vaccine mandates in the Northern Territory. “If you are anti-mandate, you are absolutely anti-vax,” Gunner said during a coronavirus press conference. “People are actually supporting the idea of a teacher being unvaccinated in a remote community classroom, with kids who cannot be vaccinated,’ Gunner said. ‘I reject that utterly … Stuff it, shove it.”


As reported recently by RAIR Foundation USA, It is dangerous to qualify people (the unvaccinated) as scapegoats, sources of disease, or profiteers, explains the FvD party. Historically, there have been (and are) vast and conclusive examples of the genocidal playbook that all begin with the political and social dehumanization of the “offending” population.

Early last year, 94-year-old Auschwitz survivor Marian Turski gave a speech during the commemoration of the 75th anniversary of the camp’s liberation. The Polish Holocaust survivor reminded the audience that the Holocaust didn’t’ start with death camps. Instead, it began with propaganda, scaremongering, scapegoating, and segregation.

Australians are begging “their international friends” and leaders for help. Citizens have even asked countries to offer them asylum:

“This is an official SOS message from our beautiful country. We beg you to heed our cry for help. They are requesting that their government has:

If the above requests are not honored, they are hoping some countries can offer these solutions to Australians who no longer feel safe here: