I’m reposting Stew Peters’ interview with Patrick King because of its importance to ending Covid restrictions in other countries.

Patrick represented himself in a Canadian court case that persuaded the Alberta provincial government to end its Covid 19 restrictions.

Patrick was fined $1200 for being part of a demonstration, under Alberta’s Covid rules. He demanded that the government present the court with proof that Covid existed.

I guess the government could not (or it would betray things like that Covid is a patented bioweapon) because, after much jockeying, they withdrew their case and closed their Covid regime – contact tracing, quarantining, masks, social distancing, everything. Instead, they declared Covid to be no more than a flu.

The only news report out so far is Reuters. I’d like to look at one aspect of their story in a little detail to tease out what Reuters may be up to.

Notice three things about the photo used. Or skip this part and go on to the rest. (1) It shows people cycling, wearing masks.  Surely to heavens that’s a health risk. But Reuters represents it somehow as a thing to do without explaining the real circumstances behind the photo.

(2) The real circumstances are that the photo relates to fire smog from summer 2020, as one can see in the background. The cyclists are travelling the Seawall in Vancouver, a few miles from my apartment.  Of what relevance has this photo to a 2021 story on Covid? But Reuters does not give the details.

(3) I think it’s meant to suggest – as irrelevant as the photo is – that Covid restrictions like masking remain in place in other parts of Canada.

As such, it helps to deflect attention from the fact that Patrick King’s case plus the Alberta government’s abandonment of Covid rules have set a dangerous precedent for the Canadian vaccine regime.

If it was allowed to enter the public consciousness, that regime could eventually be overturned, which would could have a domino effect on other parts of the world.  Any court case – Galati or Fuellmich – can and probably will set the dominoes falling.

Let me stop there. Let me leave aside the fact that many Canadians will probably cringe at the use of a BC photo for an Alberta story. Does Reuters really know what it’s talking about or do they just throw a bunch of things together?

Be that as it may,  I think this article is a good representative of deep-state damage control.

Reuters’ account is probably destined to become the party line on the Patrick King case and Alberta’s change of direction, in the same way that the deep-state version of mass shootings which is rushed into Wikipedia becomes the party line to the unsuspecting world of its readers. (1)

I’ll reproduce their article below.

Fact checkers, when one party is doing its best to hide the truth, one turns to … whatever one can find. Fact check away, but tell us the truth. Don’t be part of the problem.

Here is Dr. David Martin being interviewed by Reiner Fuellmich saying as well that Covid-19 has never been isolated. Reuters story follows. Notice no mention of a court challenge to the existence of Covid. More than half the article is on Covid measures still in place. Reuters’ bias, not surprisingly, lies along promoting the vaccine regime. My bias lies along opposing it.

Quarantine for close contacts will shift from being mandatory to recommended from Thursday and Alberta is also scaling back contact tracing. The changes come as new cases in the province jump to 194, up from 134 the previous day.

Chief medical officer Deena Hinshaw told a news conference the province needs to scale back the focus on COVID-19 so resources can be deployed to tackle other respiratory illnesses that are likely to climb in the fall.

“COVID is not over, we just need to integrate how we manage it into how we manage other illnesses as well,” she said, while urging Albertans to get vaccinated. So far, 64% of Albertans have had two shots.

Canada’s federal guidelines still say people should quarantine if they are in close contact with a COVID-19 case.

On the same day, British Columbia said it will bring back a mask mandate in indoor public spaces in the central Okanagan region, including the city of Kelowna, located around 400 km (250 miles) northeast of Vancouver.

Officials said they were seeing transmission of the highly contagious Delta variant driving case increases in the region, particularly among young people who are not fully immunized.

Interior Health, whose jurisdiction includes central Okanagan, reported 113 new cases on Wednesday, significantly higher than other regions in the province, which had 185 infections in total.

Across Canada, the seven-day moving average of new cases reached 557, an increase of 36% over the previous week, government data released on Wednesday showed. With 57.5% of the eligible population fully vaccinated, many provinces have dropped strict lockdown measures and gradually reopened their economies.

Reporting by Moira Warburton in Vancouver and Nia Williams in Calgary; editing by Jonathan Oatis and Richard Pullin

An Alberta based activist claims to have confirmed that the Alberta Chief Medical Officer (CMOH) does not possess independent, scientific evidence to justify Alberta lockdown edicts enacted since March 2020. 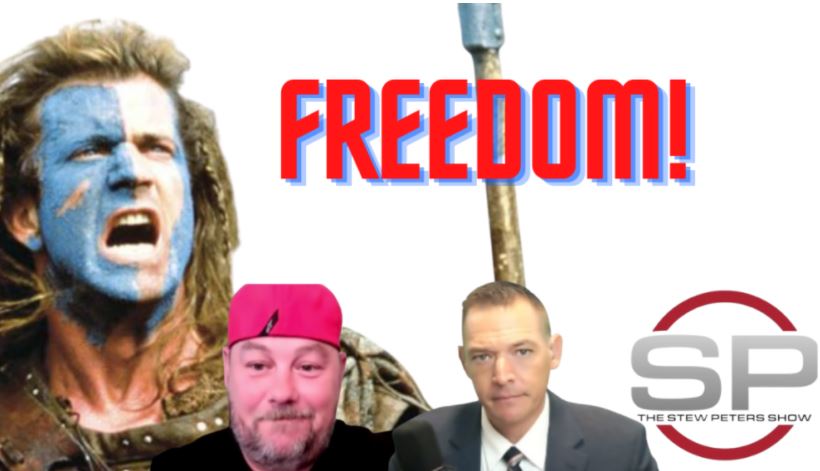 Alberta activist Pat King was charged for violating edicts enacted by Alberta Premier Jason Kenney and enforced by Alberta Chief Medical Officer (CMOH) Deena Hinshaw after meeting with a group of “larger than ten people” and speaking at an anti-lockdown political rally in Red Deer, Alberta on December 5th, 2020.

As noted in the July 16th, 2021 Freedom Forum News post, “Alberta Chief Medical Officer Hinshaw Will Fight Her Supoena to Appear in Alberta Court on Wednesday,” King and his legal team had initially subpoenaed Hinshaw to testify during his trial.

King felt that Hinshaw’s testimony, especially as it concerned the underlying scientific rational for the Alberta lockdowns and the original isolation of the Covid virus, would legally determine if he was putting people in danger by speaking out against government policy at a political rally.

During the trial it came out the Hinshaw had “no material evidence” to support the underlying rationale for the lockdown. 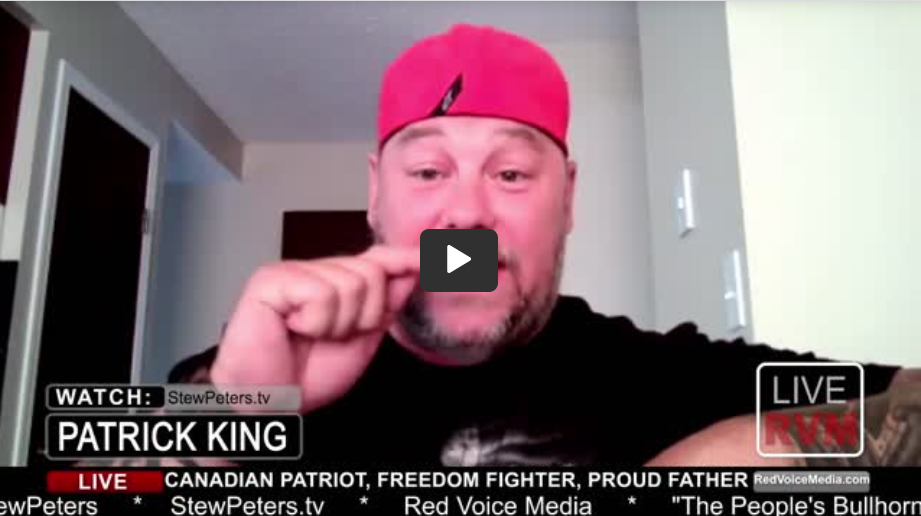 Needless to say and as outlined in his interview, while King didn’t win his case, he does see a way to move forward and use the case to remove provincial lockdown edicts and restrictions which have been in place since March 2020.

Curiously enough, and as outlined in the July 31st, 2021 Globe and Mail post, “Western Canada: Alberta becomes first province to end all COVID-19 restrictions, prompting concerns,” the Kenney government has since dropped all Covid related health edicts and restrictions in the province.

King takes credit for this Alberta government policy change since he feels the government admission of “no material evidence” to support the lockdown edicts means that the government acted illegally by issuing them.

As noted in the July 29th, 2021 CBC News post, “Why Ontario medical experts are sounding the alarm over Alberta’s move to scrap mandatory COVID-19 isolation,” other provinces have voiced objection to the changing Alberta policy and continue to enforce lockdown edicts.

According to King, thousands of court cases relating to provincial and Federal covid edicts remain before the courts and his successful defence strategy points the way to removing Covid edicts throughout the country, even if only a few cases in each province follow down the same path.

As noted in the December 7th, 2020 Freedom Forum News post, “Background to the Covid Crisis,” much of the information relating to the original discovery and isolation of the coronavirus are confusing, contradictory and/or missing.

A discussion on the original scientific paper which claimed to have isolated the virus and how those claims don’t hold up to any sort of scrutiny.

An overview of how at least one, low cost alternative, Canadian developed treatment was ignored and dismissed by various government and scientific authorities in favour of expensive, big pharma developed vaccines.

An exploration of how big pharma corporations have insulated themselves legally from any mistakes they might make when rolling out their vaccines.

(1) “Wikipedia has Full Coverage of Paris Massacre Less than Two Hours after the Event,”  November 14, 2015, at https://goldenageofgaia.com/2015/11/14/wikipedia-full-coverage-paris-massacre-less-two-hours-event/