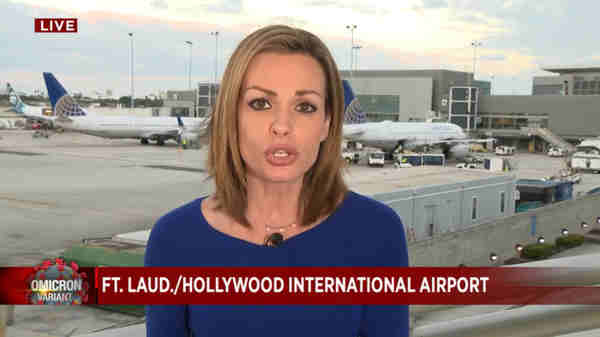 Many unvaccinated airline employees are upset over vaccine mandates.

Current and former employees gathered to have their voices heard.

“We love our careers that we’ve spent years building, we believe that our bodies belong to us, not to the federal government, not our employers,” said Anna-Maria Scorsone, Pilot.

Large airlines are federal contractors and subject to President Biden’s order that requires employees to be vaccinated or receive an exemption for medical or religious reasons.

United Airlines was the first major carrier to impose a vaccine requirement and other carriers have followed suit. Those protesting claim United has 300 Florida residents on unpaid leave for refusing to take the vaccine.

Jennifer Kiernan was a United flight attendant for nearly 28 years. Kiernan told Local 10 News she had both medical and religious exemptions, but was still terminated.

“I was on an airplane flying and I get a message that I’m removed from my schedule, this was on Nov. 4th… it’s a disgrace, its very, very sad. Lives are turned upside down. What do you do? Lives are destroyed. What do I do? No health insurance, where do I go?,” said Kiernan.

Those who are protesting do want to make it clear they are not fighting against vaccines.

“There are people who benefit from the vaccine and they should get the vaccine, immune compromised, seniors, so we need to respect that. We are not anti-vax, we are anti-mandate across the board,” said Oltorik.

The vaccine mandate is being challenged in court, with many United employees filing lawsuits. One judge in Texas rejected their arguments, claiming that a company’s human resources policy is up tp that company and no employee is being forced to get a vaccine.

United Airlines released a statement on Tuesday in response to the protests:

“We know that the best way to keep everyone as safe as we can is for everyone to get vaccinated, as nearly all United employees have chosen to do. We have identified non-customer facing roles where accommodated employees can apply and continue working until it is safe for them to their return to their current positions.”

United officials also said they have about 2,000 employees who have been accommodated for religious and/or medical reasons.