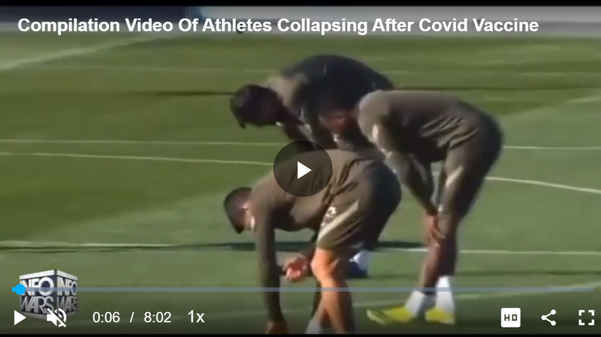 There should have already come a point when corporate media became willing to report on the inexplicable increase in healthy athletes collapsing and dying. But they’re a part of it all. 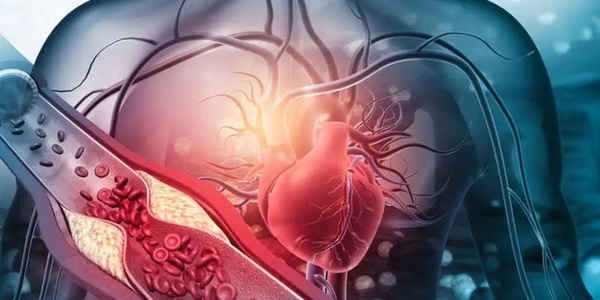 The so-called health professionals pushing for the Wuhan coronavirus (COVID-19) vaccine programs around the globe have repeatedly said the vaccines are safe and effective. But hundreds of young and healthy athletes are dying because of them.

The Liberty Daily reported: “Just as we’ve noted for several months, most major sports have been hit with ‘inexplicable’ medical conditions popping up in young and otherwise healthy athletes, including our report that three cyclists fell in March alone.”

As of the end of March, the Good Sciencing website has recorded 833 athletes worldwide who had cardiac arrests or other serious issues – with 540 confirmed deaths post-COVID vaccination. (Related: Why are covid outbreaks still happening in professional sports if the athletes are all vaccinated?)

Good Sciencing is made up of a small team of investigators, news editors, journalists and truth-seekers who are collecting pieces of information that they can investigate.

“It doesn’t really matter who we are. What really matters is that we care carrying on an investigation and we’re presenting the evidence we’ve found, almost all of it documented in mainstream media publications. We’re doing this anonymously because we’ve seen people viciously attacked and threatened for doing things like this, so we’re not going to open ourselves or any of our contacts to that,” Good Sciencing said on its website.

In addition to receiving new cases and updates from alert readers, Good Sciencing reported that they are also receiving hate mails and death threats.

Good Sciencing has provided a non-exhaustive and continuously growing list of mainly young athletes who had major medical issues in 2021 and 2022 after receiving one or more COVID shots.

“Initially, many of these were not reported. We know that many people were told not to tell anyone about their adverse reactions and the media was not reporting them. They started happening and ramping up after the first COVID vaccinations. The mainstream media still are not reporting most, but sports news cannot ignore the fact that soccer players and other stars collapse in the middle of a game due to a sudden cardiac arrest. Many of those die – more than 50 percent,” Good Sciencing revealed.

“Most, if not all of these athletes have suffered heart problems after COVID vaccines. At the time of initial writing, 28 died. That was not normal, but then, 10 days later, 56 deaths were listed, and the numbers are climbing. Any other real vaccine would have been pulled off the market long before now. The media would be asking questions. They would be pressuring governments. But they are not. And governments continue running TV and radio and newspaper ads encouraging people to get their first, second, third, fourth shot.”

“So now we are receiving some messages saying there is no proof of the event or of vaccination status. That is partly because this information is being hidden,” Good Sciencing said.

The Daily Mail reported on January 28  that Sunderland FC manager Lee Johnson implied the COVID injection could be behind his goalkeeper Lee Burge being ruled out of playing with an “inflamed heart” and said “it happens a lot after these injections.” Two days later the club confirmed that Johnson had been sacked.

The 29-year-old Burge will be out of action for the League One side for up to five weeks because of his condition.

“Form your own conclusions as to why the club would sack the manager who cares about his players,” Good Sciencing said.

“We know there is a concerted worldwide effort to make this information go away, so that fact alone tells us it must be collected, investigated and saved so other researchers can look at it to see if there are any useful patterns. We really appreciate the athletes named in this list who have confirmed what happened to them so the truth can be known. They care about their fellow athletes, even if the clubs, their sponsors, media and politicians care more about money.”

Follow VaccineInjuryNews.com to know more about the injuries caused by COVID vaccines.

Watch the video below about athletes collapsing after receiving COVID-19 injections.

This video is from the InfoWars channel on Brighteon.com.

Yes, We Need Your Help

I hate being “that guy” who asks people to donate because I think our conservative news network is so crucial, but here I am…

When I left my cushy corporate job in 2017, I did so knowing that my family would have to make sacrifices. But I couldn’t continue to watch the nation slip into oblivion and was inspired by President Trump’s willingness to fight the good fight even at his own personal expense. What I didn’t realize then is that conservative media would be so heavily attacked, canceled, and defunded that the sacrifices would be extreme.

Many in this nation are struggling right now even though we weren’t struggling just a few years ago. I’m not alone. But I wake up every morning and operate the sites we’ve been able to build because there’s really no other choice. I refuse to be beholden to Big Tech like so many other conservative news outlets, which is why you won’t see Google ads here. With that said, it’s often challenging to pay the bills and it’s even harder to expand so we can get the America First message out to a wider audience.

The economic downturn has forced me to make a plea for help. Between cancel culture, lockdowns, and diminishing ad revenue, we need financial assistance in order to continue to spread the truth. We ask all who have the means, please donate through our new GiveSendGo. Your generosity is what keeps these sites running and allows us to expand our reach so the truth can get to the masses. We’ve had great success in growing but we know we can do more with your assistance.

I would even be willing to entertain investments and partnerships at this stage. I’ve turned them down in the past because editorial purity is extremely important. I’ll turn them down again if anyone wants us to start supporting RINOs or avoid “taboo” topics like voter fraud, vaccines, or transgender supremacy. But I’d talk to fellow America First patriots who want to help any (or all) of our 10 news sites. Hit me up at jdrucker (at) substack (dot) com if you’re interested.

For those who have the means and just want to help keep the mission of spreading a conservative, Christian message to the nation, please consider a generous donation.