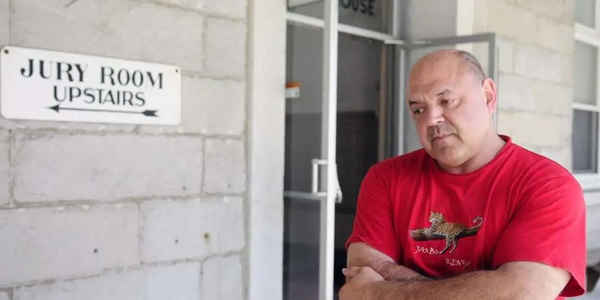 Three physicians have found themselves being chastised by the medical establishment for questioning the safety of Wuhan coronavirus (COVID-19) vaccines. Their persecution aligns with a larger trend of doctors being smeared for opposing the narrative that the shots are “safe and effective.”

The doctors shared their story with the Epoch Times, outlining how medical boards penalized them for simply following the Hippocratic Oath.

Pediatric cardiologist Dr. Wade Hamilton was targeted by the medical board for refusing to suggest the COVID-19 vaccine to a girl who had recovered from the disease. Given that she had already recovered, he argued that the girl had natural immunity.

“That’s never been done previously in history – that you give somebody a vaccine or a shot that they already have natural immunity to. There is no information about the safety [of the COVID-19] vaccine. To give an mRNA vaccine, which is untested technology and in terms of preventing diseases with no real justification for a young person, I thought that the risk-benefit ratio favored not doing the shot,” explained Hamilton.

He later gave a medical exemption for the COVID-19 vaccine in one case, saying that “skipping informed consent in the case of the experimental COVID shots cannot be justified and demonstrates a lack of respect for the patient and for the long-established principles of medicine.” However, some psychiatrists filed a complaint against him for allegedly “denigrating the vaccine.”

Hamilton had stopped working at the hospital he was in since Jan. 1 as it required every staff member to get the COVID-19 vaccine. His license had also been attacked since questioning the shot, and he is now being forced to pay for a neuro-psychiatric test. (Related: Biden poised to ROUND UP anti-vaccine doctors and force them into insane asylums.)

For the crime of simply following the Hippocratic Oath, the state medical board suspended his medical license. “An emergency suspension means that my entire patient base would be left without a physician at a time when Maine had gutted the medical system of good physicians who did not want to get the dangerous [vaccine], and who were not willing to sell out patients to maintain their positions and licenses,” he explained.

According to Gosselin, emergency suspensions are meant for physicians or other medical providers who “pose a direct, immediate threat to the public.” Doctors who molest or seriously hurt their patients and those with patients who die under their care fall under this category.

He also described how the mainstream media smeared him in news reports. “The statewide and national news initially reported that I was committing fraud, deceit, misinformation medical incompetence and the catchall disciplinary offense known as ‘unprofessional conduct.’”

Board-certified ob-gyn Dr. James Thorp has been in practice for more than 42 years. Thus, he did not hide his disappointment when medical institutions recommended the COVID-19 vaccine for women. According to Thorp, cases of fetal deaths and miscarriages saw an increase since the vaccines were rolled out.

“It is unprecedented in the history of obstetrics that [the different institutions in charge] would violate the eternal commandment and golden rule of pregnancy: ‘Never ever use a new drug or vaccine in pregnancy without years of experience and extensive long-term safety experience and pregnancy outcomes data,’” he said.

Thorp also shared a letter from the American Board of Obstetrics and Gynecology that warned doctors against going out of line. Any physician sharing “misinformation” about the vaccine and the disease itself may be subjected to “disciplinary actions, including suspension or revocation of their medical license.”

Back in December 2021, Thorp joined Ohio attorney and Brighteon.TV host Tom Renz on the latter’s “Lawfare with Tom Renz” program. He denounced the bullying of medical boards.

“It’s unethical, immoral, illegal and unconstitutional. I will not stand and die, [and] they are not going to pull this off,” Thorp said at the time.

Head over to MedicalCensorship.com for more stories about doctors being silenced for opposing the COVID-19 narrative.